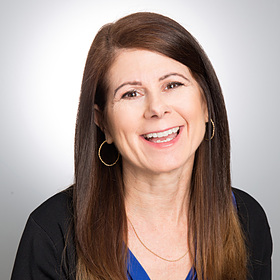 Nada Djordjevich is a writer and the director of a social impact consulting firm.

Social Impact Consulting
Nada Djordjevich is a consultant with more than fifteen years experience working to strengthen schools, communities, and arts organizations. Founder of West Coast Strategic Consulting Services, she was the previous executive director of Gibson and Associates. She has supervised and managed teams of consultants supporting city agencies, school districts, institutes of higher education, and non-profits. As a consultant, Nada Djordjevich secured more than $38 million in private, state, and federal funding for STEM education, early childhood, literacy, and college-career readiness programs and initiatives. As an educator, she has taught history, English language development, and creative writing. She has worked as an academic dean, and as a grade-level chair, and in public and private high schools, as well as an instructor at a community college.

Evaluation and Nonprofit Support
Nada Djordjevich is experienced in both qualitative and quantitative evaluation methods. In 2013, she was selected to lead a multi-year external evaluation team for a $29 million Race to the Top District grant for the New Haven Unified School District in California. For this project, she developed research instruments including focus groups, interview protocols and survey questionnaires as well as tools to support quality review of student outcome data and classroom instructional strategies. She has evaluated several other long-term high-profile projects and programs including two National Science Foundation grants, six Math and Science Partnership grants, two Smaller Learning Community high school grants, and one early childhood education program.

Nada Djordjevich has worked on several strategic planning processes, and has developed logic models for programs, evaluations, and grants. She has experience facilitating meetings and leading inclusive processes with multiple stakeholders. She has presented at numerous school board meetings, outlining the progress of schools and district initiatives. She has also designed engagement processes. For example, she led the outreach process that supported the inclusion of 400 individuals and 24 agencies in the development of a local plan to address climate change in the Unincorporated Areas of Alameda County. Recently she created a best practice guide for municipal funding for community agencies and non-profits used by the City of Berkeley and shared by other municipalities. The guide included methods for soliciting requests for proposals, evaluating programs, and support for collective impact programs to address systemic issues in high poverty neighborhoods. Approved by the California Department of Education as a District Assistance Intervention Team Provider, Nada Djordjevich developed local education agency plans with five school districts, including two of the ten largest school districts in California.

Nada Djordjevich is strongly committed to the literary and film arts. She co-founded the acclaimed online literary magazine, On the Page. Nada received recognition for her fiction from several institutions including the Squaw Valley Community of Writers, Southampton Writers Conference, and Vermont Studio Center, and was a finalist for Boulevard magazine's contest for emerging writers. Six of her screenplays have placed in significant competitions including Table Read My Screenplay, Zoetrope, Chesterfield Writer's Film Project, Fresh Voices, BlueCat, and SF Indie Fest. She taught creative writing for City College of San Francisco for eight years, and has participated in several Bay Area literary events, including fiction readings at the San Francisco Litquake Literary Festival, Lit Camp Basement Reading Series, and has conducted readings in New York City and Brooklyn. She has also volunteered with numerous agencies, including 826 Valencia as a writing tutor as part of the Acting for Critical Thought partnership with ACT. Nada Djordjevich enjoys camping, cycling ,and running. She has completed Cycle Oregon, a 400-mile ride along the southern coast of the state, and completed marathons and numerous other trail races, as well as triathlons. She also enjoys downhill skiing, hiking, and backpacking.